I’m not here to bash Ussher Construction, but not everything we post in this Journal is a rave about a local Arizona business. These are our experiences, and like anyone else, we have experiences here in the valley that aren’t the best and feel that those need to be shared here with all of our readers. Currently we have three writers on staff that contribute content. It’s pretty simple, we share real life experiences as they need to be journaled. This entry is about Ussher Construction in Phoenix, and isn’t meant to be a bash on them but more about things to look for and questions to ask if they come knocking on your door to repair your roof. This is a rather small company, I could tell by how my calls were handled and essentially by the way the job was done. I think they may have good intentions, but there are definite areas of improvement that need to be evaluated.

Ussher Roofing – At My Door

Ussher Construction in Phoenix is primarily an outbound sales force that utilizes door to door sales strategies to generate business. We received a knock at our door about a free estimate due to some monsoon damage from recent storms. The young lady was very friendly and informative enough that we decided to give them a chance. Next we had a second individual return to talk about the process, gather information, and coordinate the insurance company to come out and give an appraisal. Throughout all our discussions, it was the insurance company I felt was going to be the biggest headache and they actually operated as you would hope they would. They inspected the damage, confirmed the roof needed to be replaced, and settled out with a check. What Ussher Construction does, is they will replace or repair the roof for the exact amount estimated by the insurance company. What we didn’t realize at the time is that the roofing crew hired to do our roof was just a group of guys in an old truck we could have hired from Craigslist for half three quarters of the appraisal cost.

Ussher Roofing – Tear Off And Installation

Honestly, they were pretty quick to start and had a dumpster in our yard rather fast. Communication was always pretty solid, and someone always called back or emailed. Nobody dodged my calls and that’s always nice. So they dropped the dumpster off and tore the roof off in about a day. Most everything made it into the dumpster and they did a mediocre job of cleaning the smaller debris around my property. I am still finding staples in and around my driveway and yard and would HIGHLY RECOMMEND that you advise anyone replacing your roof to clear your property with a magnet before wrapping the job up. The front right tire in my vehicle has a slow leak now that needs to be fixed because the staples weren’t properly picked up. Installation followed over the course of the next few days and the new roof looks really nice.

There is a small stretch of about 10 inches where they had ran out of drip edge and left the wood exposed. I didn’t notice this until the recent monsoons here in Arizona, otherwise I would have called them out on it while they were here, and I definitely wouldn’t have cut the second check yet. I would consider the job incomplete if I were a roofer and would have returned to replace the drip edge, or maybe used some oft he old drip edge that was torn off, I would have done something though because now the wood on the home is exposed to the elements and it wasn’t before they tore it off. That is incomplete to me! The Craftsmanship was a little half ass, I realize now that the actual crew was a few random guys trying to make a buck and not actual employees of the company. The truck wasn’t branded, no uniforms, no business cards, they were clearly hired help. The craftsmanship reflected this. There were areas on the roof as I walked it where shingles were loose, the ridge had flaws, the edges were cut past the drip edge in one area, and it looked like a 6k Job, not a 9k job. They also didn’t reconnect the air conditioning units drip feed properly, I had water running down my new roof and onto my patio for a few weeks until I was able to climb up there and finish the job right.

The problem with sales people that are not roofers is that they don’t know much more than what they are taught in office meetings. My guess is that they bring on these door knockers, offer a commission to get the appraisal aligned, secure the insurance money, then hire random roofing contractors to bid the job or join their crew. However it works, it’s flawed for this reason. There was no professional opinion given outside of what the insurance adjuster said needed to be done. After the monsoons hit this past week, I called a professional roofing company here in the Valley to get an appraisal on a few of the flaws I wanted fixed. After talking with the owner (who was also a roofer) it became apparent that much of the wood paneling that creates the edge of the roof should have been replaced while the rest of the roof was torn off. This is the wood that the drip edge is secured to. There were areas around the entire house where this wood was rotting out and should have been replaced. I imagine the insurance adjuster isn’t going to give me anything extra, but it would have been nice while the roofers were up there if they would have notified me and offered that replacement option. Why put a new roof on bad wood? They did replace a few pieces of plywood, but the edging was left as is.

Some Information on The Web

I was in Tempe this weekend just after the 4th of July and was in need of something to take this massive edge off that was lingering from my freedom celebrations. I was driving down baseline near Mill when I noticed a sign outside of a strip mall I frequent that was advertising CBD Oils. My headache was bad enough to justify swinging in and taking a bong rip of some CBD to clear that sucker up. Come to find out you don’t load CBD oil into bongs, but rather ingest them orally, vape them, or apply it topically. More on that in a moment. I waltzed in there looking like a million bucks, or at least a few bucks, and was greeted by an extremely friendly team of CBD specialists. There was a dude there (owner) that was super informative, shared more knowledge on CBD oils and the laws here in Arizona regarding cannabis than I’ll ever need to know. I was able to test out a few of the oils and hung out for 20-30 minutes talking shop with him. It was a really cool experience and he was a really cool dude. Another guy walked in and he had to tend to some business, but passed me off to the woman that was standing there who not only continued to provide me with more knowledge of CBD than I could have ever wanted, she also let me try some of the topical spray oils that help with muscle aches. My neck was a hot mess, as were my shoulders from a week long binge fest for the 4th. There were a few nights that I ended up sleeping on the floor and my body was hurting. It’s also possible that I fell asleep standing up and made my way to the floor without knowledge of the decision. I really felt like I had walked into a wall, my shoulders, neck, and head were killing me and I was ready for some anti-inflammatory and a beer. I ended up buying a vape pen and a small bottle of CBD oil to take home. I didn’t feel much from the sample rip they gave me, but got home and took about 7-8 fat rips off that thing and felt a calming sensation come over me. CBD oil isn’t heady, you don’t get high, but you do feel relaxation after you vape enough of it. I think they had told me 2 rips would be enough to take the edge off, but like I said it took more like 7-8 fat rips before I felt the calm. That might not be the case for everyone, I did kill a 30 pack the night before so I can be a little excessive when it comes to consuming substances.

Below are some benefits CBD Oils provide. To read about these in detail you can visit this site I grabbed this info from right here – https://www.canabomedicalclinic.com/5-health-benefits-cbd-oils/ 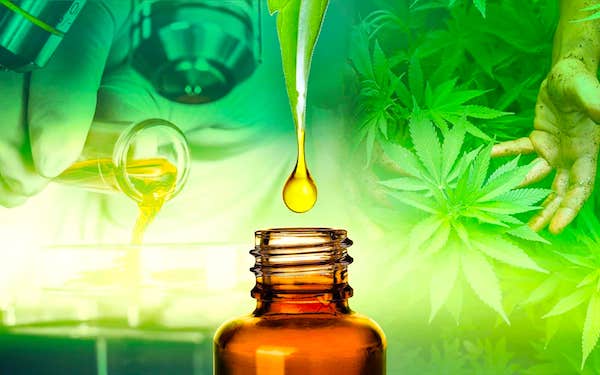 For anyone contemplating trying out CBD oils but want more information first, these people are the ones to talk too. An overdose of knowledge is what I felt walking out of there and there was nothing “pitchy” about it. They were cool cats that seemed super sincere and willing to help as much as they could. They offered multiple samples of their products, explained Arizona CBD laws, and invited me to a free workshop to learn more about CBD Oils and all the benefits they have to offer. I know there are benefits beyond tension relief, but that was all I was in need of that day and my vape pen provided that and then some. I wish I could remember their names so I could point you in the right direction, but I can’t. I will give you all the contact information I can find online and list it below. Seriously though, check this place out if you are looking for CBD Oils in Tempe.